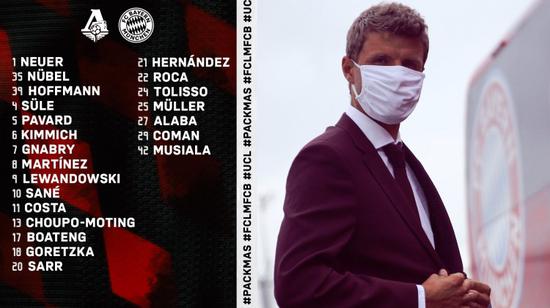 Live it, October 26. Bayern Munich will play away against Lokomotiv Moscow in the UEFA Champions League group stage this week. Bayern announced the roster for this game before heading to the away game. Gnabry, who was misdiagnosed as the new crown, returned.

Gnabry tested positive for Covid-19 and was quarantined. However, in several subsequent tests, the results were all negative. In the end, Bayern officially announced that Gnabry had previously diagnosed the new crown as a misdiagnosis, and he was also successfully selected for the big list of this trip to Russia. In addition, Sane, who just returned from injury last week, was also selected for the Champions League list.