At 0:30 am on October 25th, Beijing time, Manchester United will face Chelsea in the sixth round of the Premier League. Solskjaer attended the pre-match press conference today. 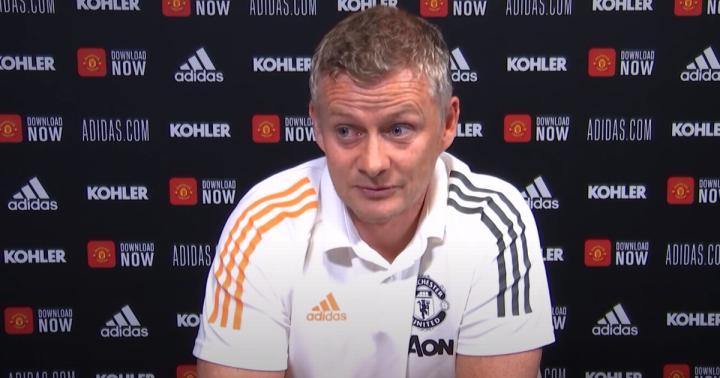 Of course, this is very important. In order to rebound after losing the game, you must strive to win. In the game against Newcastle, I saw the players' focused performance. After defeating Paris, the players have more confidence. Both games are very good results, but our attention is the next game.

Chelsea’s start was similar to ours. Some games performed well and some did not perform well. Football has just begun to slowly return to its original state, and the team has just entered its shape. We know it will be difficult to play against Chelsea. We played four or five games with them last year and the two teams know each other very well.

Van der Beck has no physical problems, he needs to compete for a position, adapt to new teammates and the league. He is an absolute top player, very humble and hardworking, of course he hopes to play more games. This is a long season, you will see him, he left a deep impression on me.

We have a good tradition of helping the players to tide over the difficulties. This requires you to develop good habits from the beginning and try to prove yourself. He did a great job. I believe he is an exciting boy. He will set a goal for his performance. I don't worry about him at all. He played very well when he played. He played well when he started for Tottenham for the first time last season.

He made a mistake in the England team before, and the media were chasing him. I want to say a few words for him. He is never late for training. I know that some former Manchester United players are discussing him. I don't know where these stories come from. There is an excellent team behind him. He is a very good player. I can't believe all the things about him unprofessional. Other Manchester United players have had this experience, and this is something we have to deal with.

I look forward to them all being selected for the final list. We have a training session this morning. This is the last chance to prepare. Everyone may be selected, including them. Cavani needs to solve all the problems encountered in order to prepare and help the team. I want to talk to him today, as well as Greenwood and Maguire.

I don't think anything can erase this memory. It will always exist in history. We must accept this result. Of course, we can review why we have achieved such results, but in the end we still have to look forward. In the history of the club, there have been many similar situations, and sometimes the results were unexpected or got us into trouble. So far, we have adjusted very well.

For someone who hasn't played for ten months, his performance is great. He is very happy to play an important role. He works very hard and wants to do better. I am happy for him. The key for him now is to be more stable and avoid injuries. I think he can play better. He is a leader who can play right back, central defender and midfielder. He will do it for his future. Responsible, he is doing his best to spend a long career at Manchester United and grow steadily.